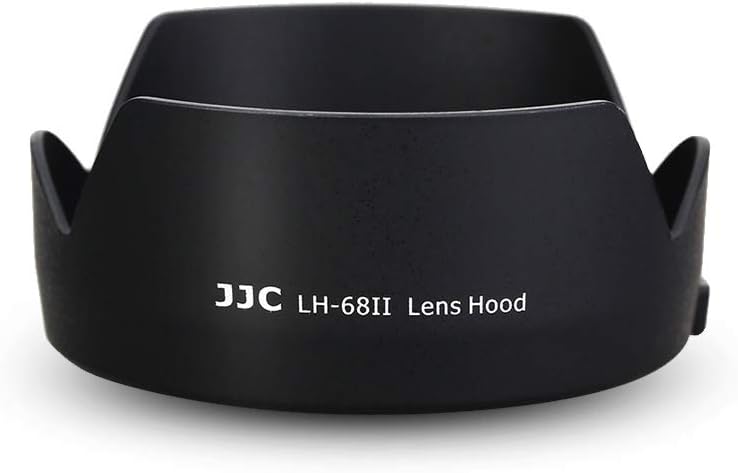 The dedicated lens hood LH-68II replaces Canon ES-68 for Canon EF 50mm f/1.8 STM Lens. The shape of this lens hood maximizes the amount of hood coverage for the minimum amount of weight and hood area. It made of high-quality ABS material, lightweight and durable. Reversible design could be storage easily. It allows to put on a filter and lens cap. The lens hood can not only protect your pictures from harsh light, but also physically protect the gear.

The camera is excluded.