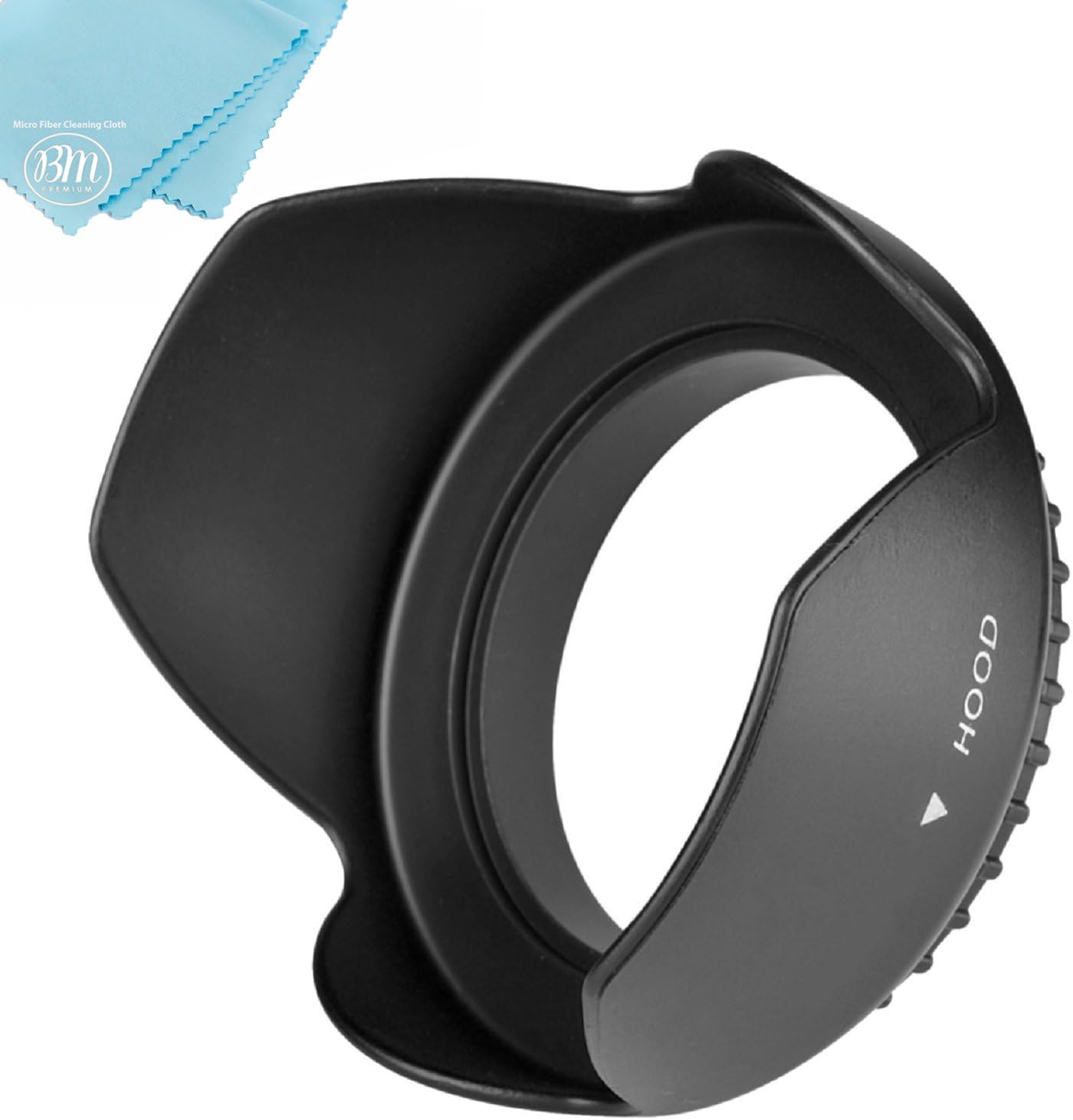 The addition of a lens hood can help prevent flares-those circles of light that can accompany images where a strong light source is just outside the frame. Professional tulip shape design (also known as 'flower' or 'petal' shape) allows for greater versatility. Perfect for standard or zoom lenses. Easy to use screw mount lens hood screws right onto your lens or filter. Features a rear locking ring to allow user to rotate the hood in either direction and capture the exact amount of shading desired. Lens hoods also have the added benefit of providing extra protection to your lens from accidental bumps or scratches.

Lens hood is compatible with the all lenses that have a 40.5mm thread: