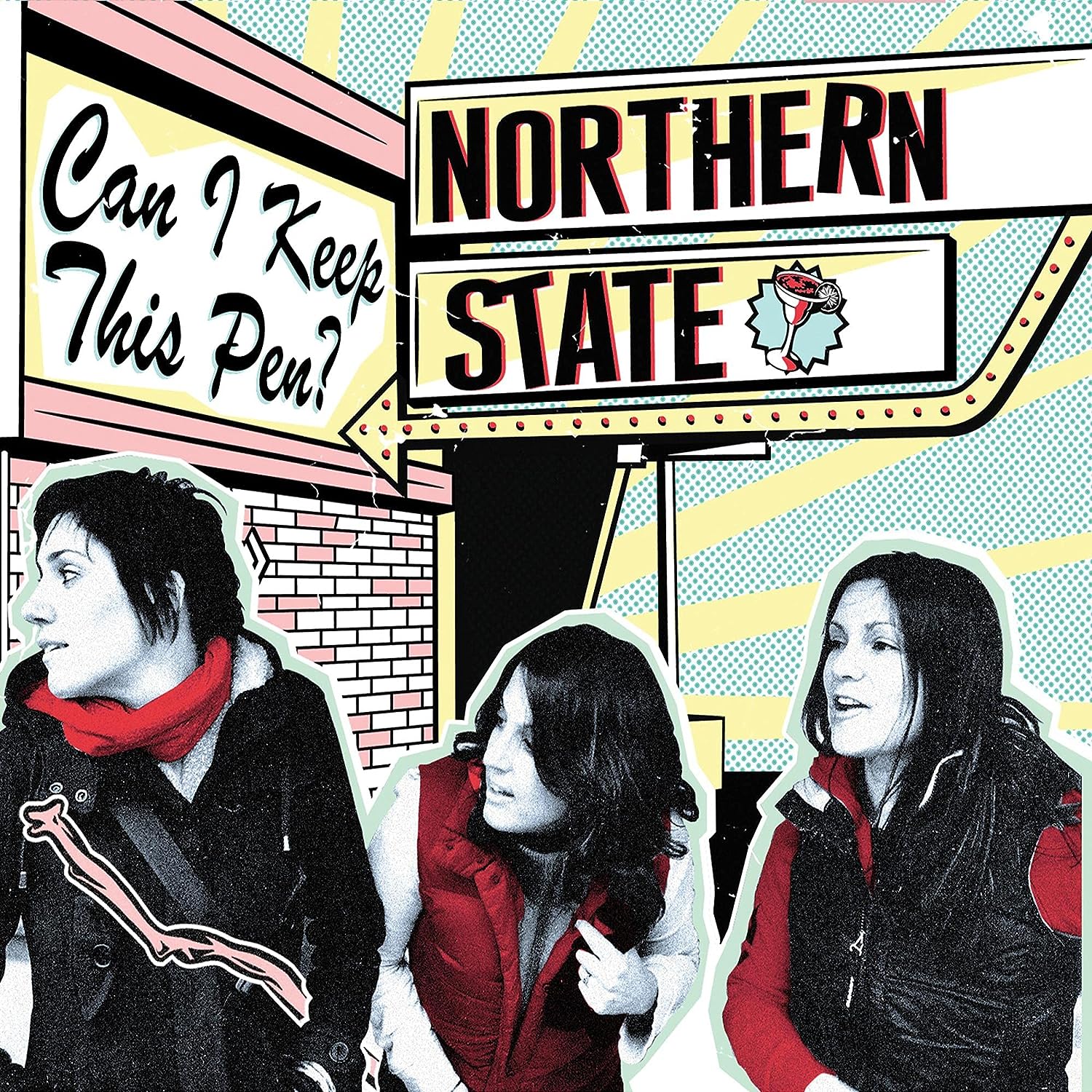 Northern State is an female hip-hop group from New York, United States. The group consists of members Julie Hesta Prynn Potash, Correne "Spero Spero, and Robyn Sprout Goodmark. The group is named after the Northern State Parkway, one of the highways on Long Island, New York State. Can I Keep This Pen? is their third proper album, following All City, and Dying in Stereo. They have shared the stage in the US and Europe with The Roots, Le Tigre, Talib Kweli, De La Soul, The Gossip, Gym Class Heroes, Tegan and Sara, and Cake. Can I Keep This Pen? includes songs about their friendship, the president, the apathy that surrounds us, as well as what may be the first Northern State love song. Their classic old school hip hop sound runs through the album, weaving its way through an electro-rock current. They did an unprecedented amount of singing, there are more guitars than ever, as well as several references to horses

With only twenty-minutes and about eight square feet to work with at Saturday afternoon's Redeye Distribution 10th Anniversary party, New York chick-hop unit Northern State pulled an impressive fest by wowing the heavy Austin rock contingent at the Yard Dog Gallery. Guinea Love, Sprout and Hesta Prynn brought a flawless ping-pong rhyme routine gained from compulsive touring, added local spice with a southernized "It Takes Three" and stirred in the methamphetamine-driven Ad-Rock collaboration, "Sucka Mofo" for what could be considered one of the week's most unique bread and butter boom-bap sets.-Chris Faraone -- Spin.com, March 19, 2007

We are Northern State. We are pleased to announce that our new album "Can I Keep This Pen?" will be released on Ipecac Recordings this August `07.

We've been friends for a very long time. Our names are Spero, Hesta Prynn and Sprout. We grew up together in deep suburban Long Island and found ourselves living in NYC after college. We have always shared a love of music, and we especially loved hanging out and listening to hip hop off of Hesta Prynn's computer (this was before ipods even).

One night at a party at Hesta Prynn's apartment we had the idea to start a rap group. So we did.

"p"We have now been a band for seven years. "Can I Keep This Pen?" is our third proper album, following "All City" (Columbia Records, 2004), "Dying in Stereo" (Northern State Records/Startime/Wichita UK, 2003), and our 2002 independent EP "Hip Hop You Haven't Heard", which was supposed to be our demo. We got our start playing gigs all over NYC, and in our seven years as a band we have had the good fortune of sharing the stage in the US and Europe with the Roots, Le Tigre, Talib Kweli, De La Soul, The Gossip, Gym Class Heroes, Tegan and Sara, and Cake.

After "All City" was released, we became increasingly frustrated with the Columbia/SONY machine and left the label. Finally free, we teamed up with producer Chuck Brody of Shitake Monkey (Wu Tang Clan, Yoko Ono etc.) and Adrock from the Beastie Boys. We wrote a bunch of new songs and did an unprecedented amount of singing. We were fortunate to have some talented friends like Mr. Murray Hill, Kaki King, and Katie Cassidy stop by and play on the album. And we are no longer allowed to hold "writing meetings" at the Rodeo bar.

One day we felt like our album was finished, and we named it "Can I Keep This Pen?"

"Can I Keep This Pen?" pushes the limits more than anything we've recorded before in terms of what a hip hop song might sound like, what a rock song might sound like, and what Northern State might sound like. The album includes songs about our friendship ("Better Already"), our president ("Cowboy Man"), the apathy that surrounds us ("Cold War"), as well as what may be the first Northern State love song ("Away Away"). Our classic old school hip hop sound runs through the album, weaving its way through a new electro-rock current.

"p"Mike Patton and Greg at Ipecac heard the new record and loved it and we are thrilled to finally be working with a label that encourages us to be as weird as we are. "p"Oh, I'm sorry..Can I Keep This Pen?