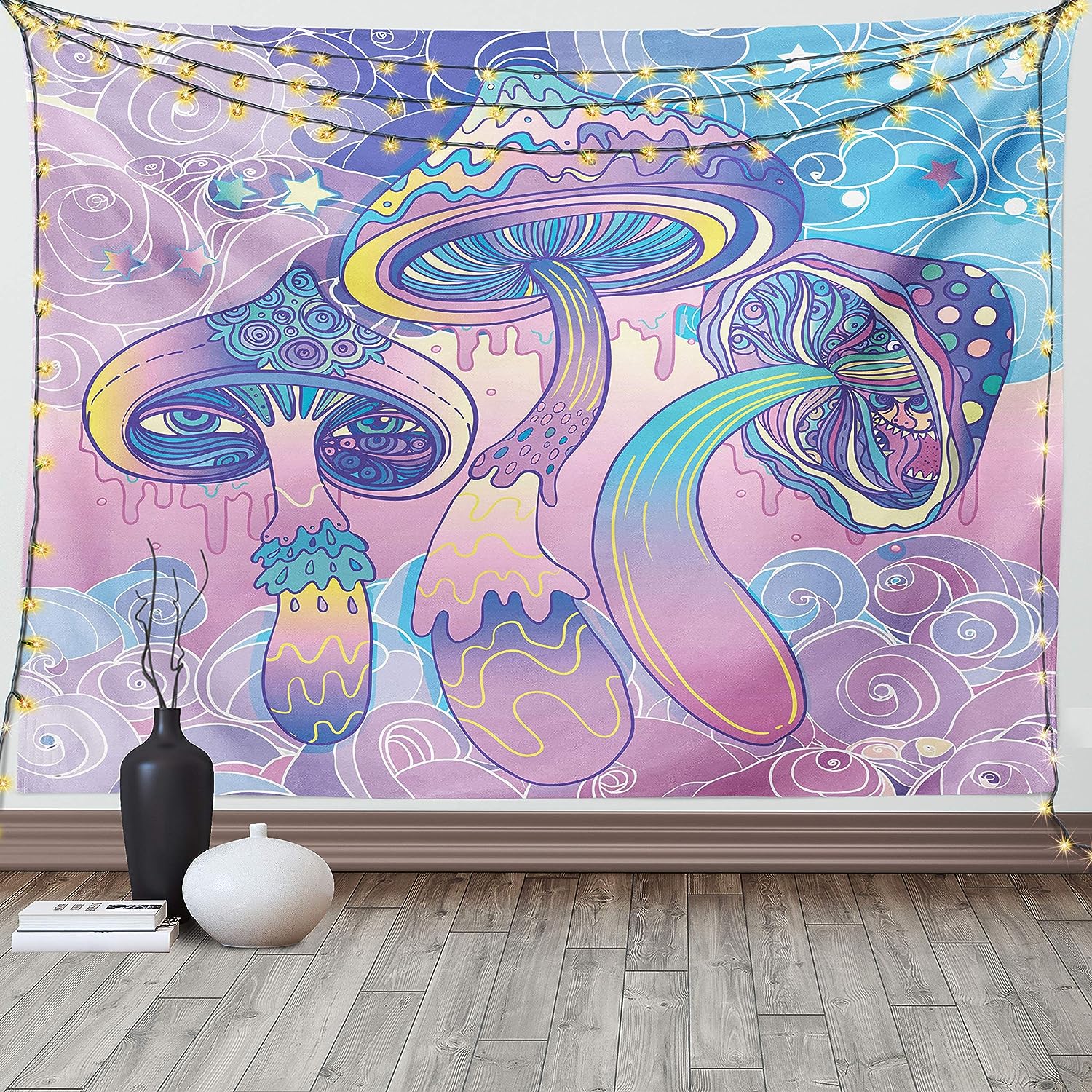 These one of a kind tapestries will help transform your room into your private sanctuary! Perfect for any room including living rooms, bedrooms dining and dorm rooms. Matches well with various color palettes of rugs, furniture and any other home decor accessory. Made from high quality 100% polyester tight woven, Turkish made silky satin cloth fabric. Environmentally friendly, no dye substance harming health of your family. With high resolution pictures it will bring a 3D like realistic experience adding a great perspective amp; completely changing the look of a room. It is not too thin or too thick. It's a quick and luxurious way to refresh the your home, office, study, basement or college dorm room without a big expense. Perfect gift idea for your mother, father, sister, brother, grandma, grandpa, wife, husband, son, daughter and all other beloved ones with 10's of thousands of surprising designs. You can find a theme for everyone and every interest in our Amazon collection. Enter into a new world with this art tapestry, it can be at a seashore scene or meditate while staring at a mountain landscape scenery. If you're a fan of sports or have a hobby of any kind, you will be spending time with it in your own personal space. Customized, personalized products are very popular. As manufacturers of digital printed home textiles and decorations, we follow current trends and bring you the latest home fashion. Either a present to your family or best friend, fiance, parents, grandparents, relative, boyfriend, girlfriend, grandson, or to yourself, the item should be interesting and authentic. Men, women, kids, teens, boys, girls will love this item! The digital images we display have the most accurate color possible, however due to differences in computer monitors, we cannot be responsible for variations in color between the actual product and your screen. You can easily hang the tapestries up with pins. Tapestries do not have a rod pocket. No hardware is included.

MettleAir Male Straight 1/4" OD x 1/16" NPT Push in to Connect F: I know this if off topic but I'm looking into starting my own blog and was wondering what all is needed t...