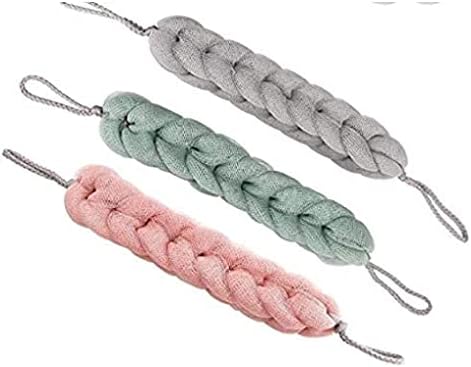 Features:
--Work well with any shower gel or soap that will keep your skin glowing.
--With two loops for hanging, it dries fast and has less chance for bacteria to grow.
--Soft to the feel, but tough enough to slough off layers of dead skin and toxins.
-- Create a rich lather from a small amount of body soap or shower gel.
--Stretchabledesign enable you to clean your back, neck or hard to reach areas.
--Tightly mesh bath sponges will last beyond the rest. No more worry about falling apart.

Important Information:
1.In order to maintain cleanliness and reduce bacterial growth, please remember to hang up the sponge in a ventilated place after use.
2.The color may be a little different with the true item due to the light effects and screen display.