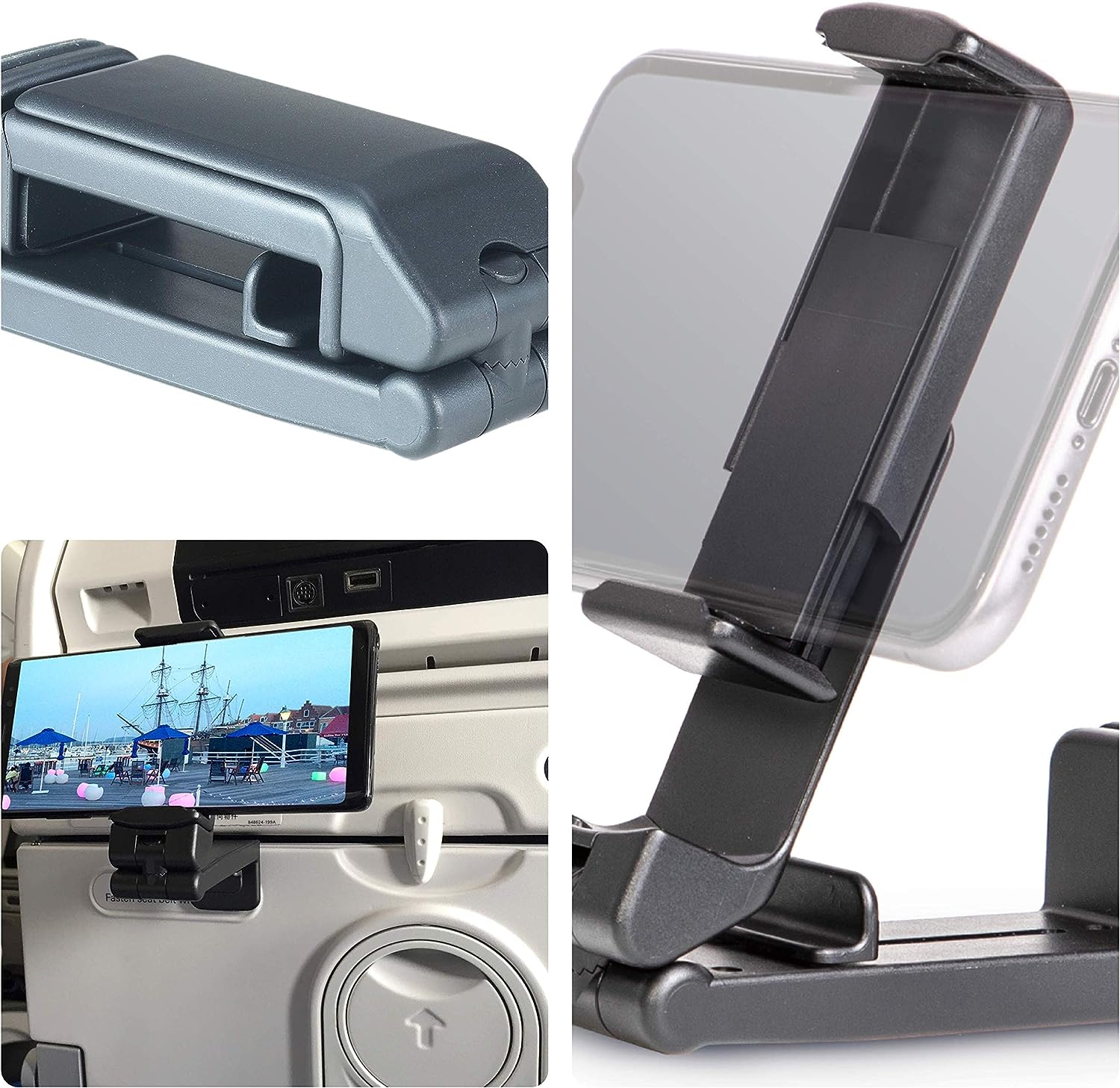 Compact design. Easily fits in your pocket when traveling. Hands-free viewing while traveling in flight, at the gym, or any place where you wish you had an extra set of hands. 360-degree rotate design allows you to adjust to your viewing. Many different angles for your convenience. Can be used in many ways: as a phone stand on a flat surface, clamped on to your laptop, or anything with a 1â thickness. Compatible with most smartphone devices. Suitable for device in width up to 3.5 in. Made of ABS and soft rubber anti-slide and protects your cellphone from scratches. Easy installation right out of the box.