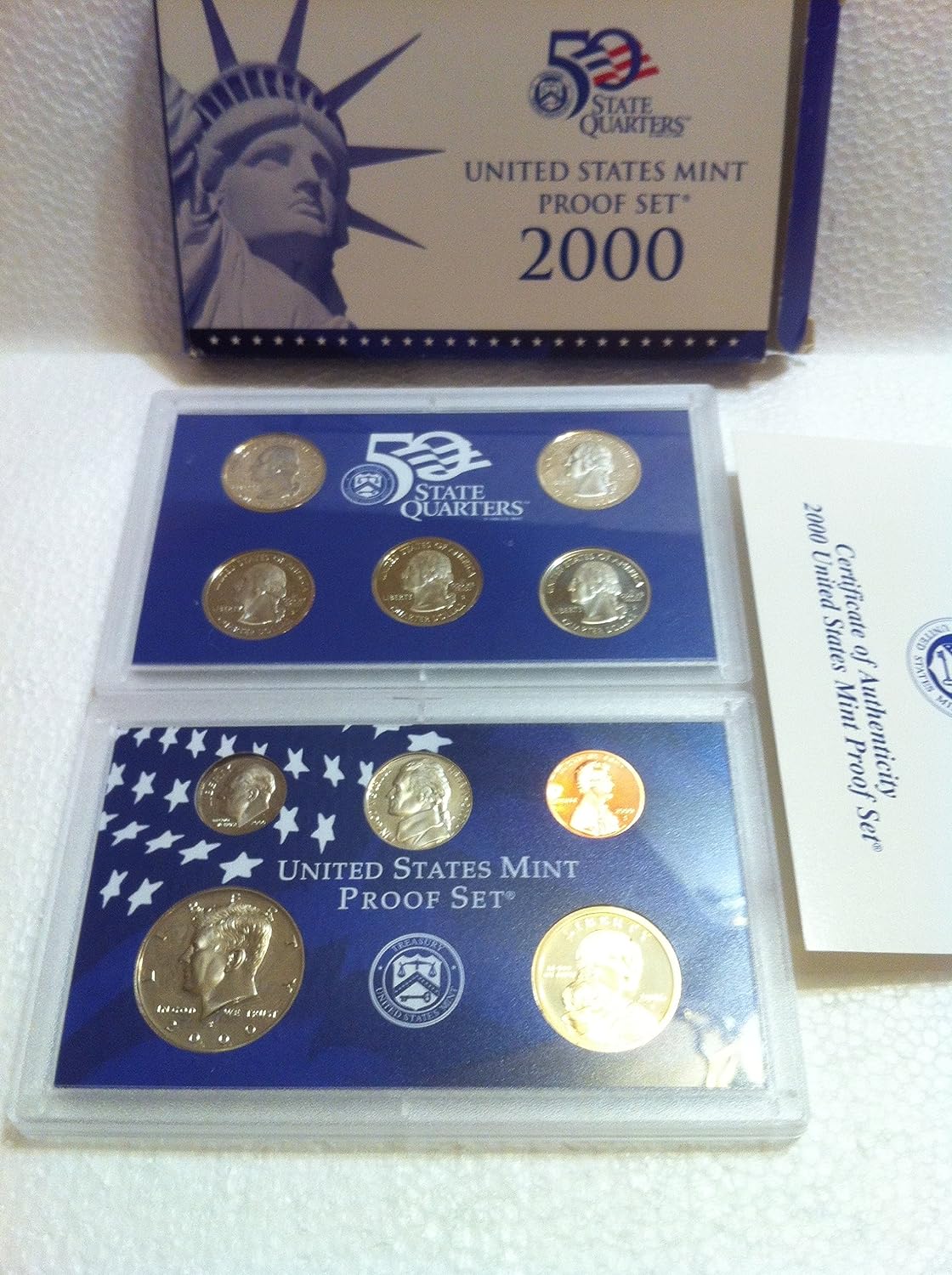 COMPLETE SET IN BOX WITH COA! Proof means that the coin was minted using polished dies, it can be distinguished from normal circulation coins by its sharper rim and design. The dies for making proof coins are treated with chemicals to make certain parts of the coin's design take on a frosted appearance with the polished fields taking on a mirror finish. Proof coins are double struck at twice the pressure of normal circulation coins, to ensure the coins are struck fully. Proof coins are manufactured as specimen coins for collectors and museums.