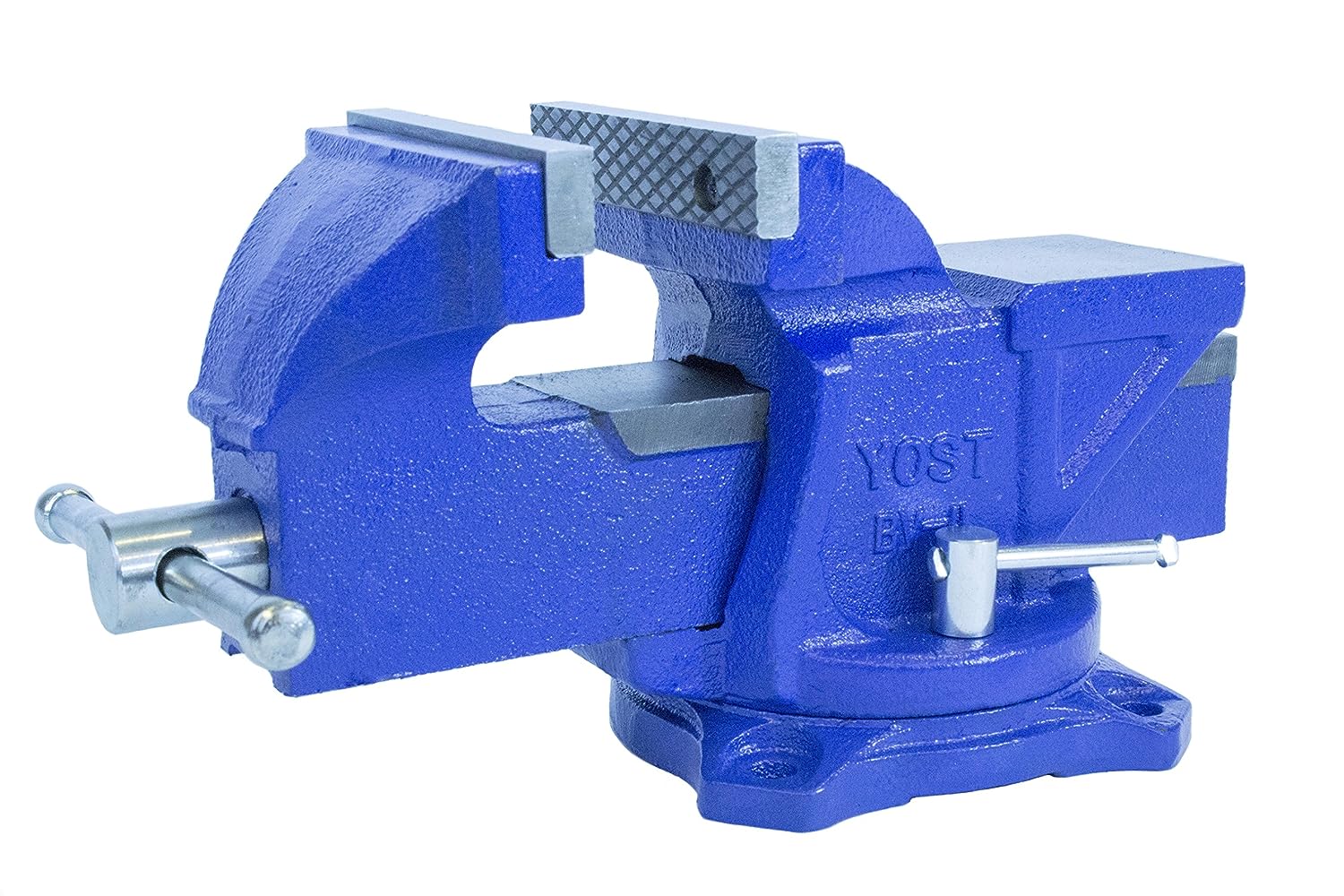 The Yost Vises BV-4 4" bench vise is an all-purpose bench vise. A staple for any home workshop, no matter what your job is. Built for durability and dependability, this vise is constructed from 30, 000 PSI cast iron. The replaceable serrated jaws will prevent objects from moving around once you have clamped them in place. A large anvil on the back of the vise is perfect for forming and shaping metal pieces. The anvil is machined to provide a smooth work surface. The 120 degree swivel base allows this vise to be positioned in to clamp parts with ease. The dual lockdowns on the vise are designed to keep the vise in place once in position. The acme threaded main screw provides smooth operation. 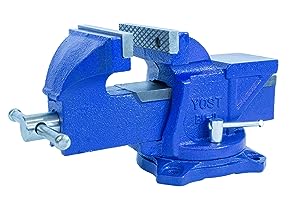 The Yost BV series of bench vise are all-purpose bench vises. A staple for any home workshop, no matter what your job is. Built for durability and dependability, this vise is constructed from 30,000 PSI cast iron.

This vise features a 120-degree swivel base with two lock-downs.

Yost stands behind all of the products it sells. If you have any questions or issues with any Yost product contact our support team.

LightingWill 10pcs Pack L Shape Solderless Snap Down 2Conductor: I know this if off topic but I'm looking into starting my own blog and was wondering what all is needed t...